Pick the best time for your vacation in the land of Samba !

When to visit Brazil is one of the most important pieces of information regarding your trip.

Brazil is a huge country and the different regions that you will visit during your vacation each have specific weather conditions. It is good to have an idea of them before planning your vacations.

Imagine a stay in the Amazon at the height of the rainy season when you want to enjoy the beaches. Or a visit to Lençóis do Maranhão in December when all the lagoons have evaporated … difficult not to be disappointed!

In this section, we invite you to learn more about the climate of the different regions and cities that you might want to visit during one of our tours.

The weather conditions in major regions of Brazil

The Northern Amazon region has a typical tropical equatorial climate. The temperature can range from 28°C on the coast of Pará to reach 40°C in western Amazonas, far from the coast. In the forest, the humidity level reaches 100%!
The rain falls regularly all year in this region but there is much more rainfall from December to May, so it’s known as the rainy season. Then, the level of the Amazon and its tributaries can rise by more than 10 meters in places, leaving vast expanses of forest under water which are then called Igapós (flooded forests).

The city of Manaus has an equatorial climate with monsoon influence (type Am according to the Koppen classification). Temperatures are subject to daily variations essentially related to the sun’s path in the sky, the seasonal variations being too small to be significant. As for rainfall, it fluctuates considerably during the year with very heavy rains from November to May (maximum of 315mm in March) during the “rainy season” and much less rain from June to October (minimum of 57mm in August).

Belém, The town where people meet up before or after the rain showers!

In Belém, the state capital of Pará, the hot and humid equatorial climate is influenced by both the Atlantic Ocean and the surrounding jungle. One of the oddities of Belém is the torrential rain that falls every day at 5p.m. for about fifteen minutes! Perfectly integrated into the local way of life, it is a time marker and the locals are used to dividing up the end of the afternoon. It is not at all a problem when visiting the region.

In this part of the Amazon, the seasons are less pronounced than inland. However, there are two periods: the “Chuva”, which extends from January to June (sometimes torrential rains), and the one that goes from July to December (the “dry” season), which is the best time to travel to the region of Belém and Marajó.

The Northeast is practically on the equator, and is a vast region with a generally semi-arid climate, it is hot and dry, punctuated by short rainy episodes. These usually last a few days and take place between March and June. They are more or less numerous depending on how close you are to the Atlantic coastline.

In the northern part of the Northeast, the rainy season is irregular. Some years it rains very little, others more. Since 2010, the interior of the land (inland from the coast) has been victim to drought, but it never gets cold … meaning from August to November, you are almost 100% sure to have sunshine. The annual temperature variation is low in the states of Ceará, Rio Grande do Norte, Alagoas and Pernambuco with an average of between 25 and 30°C.

Further south in the state of Bahia, the variations are more defined and the rainfall more abundant in the rainy season. It is therefore best to avoid this region between March and May.

In Ceará (from Canoa Quebrada to Jericoacoara), a warm climate with sunshine all year round

Although the state of Ceará has a semi dry climate, the particular geographical location of Fortaleza, its capital, has special weather conditions. The Serras, (mountains covered with forest) encircle this area and form a trap for the clouds in the rainy season.

They make the summer rains more frequent in the city and its surroundings than in the rest of the state. However, they are short-lived and usually occur early in the morning or at sunset.

The average annual temperature is 26.5°C, with December and January as the hottest months and July the coldest, but the differences are minimal. The average rainfall is about 1600mm. The rains, when there are some, are concentrated between February and May.

Bahia, a tropical climate with a slightly heavier rainy season than the Northeast.

The coast of Bahia is characterized by a tropical climate with an annual temperature of more than 30°C and an obvious rainy season. Inland the weather is much more unstable and can be particularly dry. There are years when it may not rain at all in parts of the state of Bahia.

The wet season, in and around Salvador de Bahia, runs from April to June with short light showers. However, it is possible to have a combination of temperatures down to 18/20°C with rainfall for several days in a row. It is therefore necessary to bring appropriate clothing if you expect to travel at this time and avoid planning a beach holiday in Bahia.

The centre of Brazil, the North & South Pantanal

The Pantanal is a broad plain with two faces: a vast savannah interspersed with waterways and lakes in the dry season and in the rainy season it turns into a huge shallow marsh from December to May.

The average annual temperature is 25°C, but large differences occur throughout the year, ranging from 0 to 40°C. The region has an austral summer or rainy season that floods the great plains. Combined with extreme heat and hordes of mosquitoes, it makes stays in the Pantanal challenging for more sensitive travelers. It is therefore advisable to avoid the months between October and February. The best time to visit the region is from April to October, when the waters come down again. Beware though! Temperatures can drop sharply at this time, come equipped accordingly!

Campo Grande and the Southern Pantanal have two distinct seasons.

As in the rest of the Pantanal Region, the seasons are characterized by a wet period with rains flooding the region and hot weather during the local summer. There is a drier and cooler climate at the beginning and end of the day during the summer. Winter is the best time to travel in the region.

The city of Cuiabá, in Mato Grosso, is known to be one of the warmest in Brazil, with temperatures well above 30°C for most of the year. However, you may also be confronted with cold temperatures down to 10°C in the evening. The best period to come to see the animals is between May and September. It is therefore advised to bring warm clothes so as not to find yourself shivering on vacation!

Minas Gerais, A humid climate, warm in the summer & cool in winter

The climate in the central Minas Gerais region is tropical but changes with altitude. In this mountainous state, the highest and most southern regions have lower temperatures that can sometimes get down to 0 °C on a winter’s night.

The other parts of the region are characterized essentially by a high rainfall index guaranteeing green landscapes, but also a greater stability of local temperatures with about fifteen degrees of annual variation. Minas Gerais is therefore a state that can be visited all year round without any problem; just bring adequate clothing to enjoy the cooler months of the year.

The south of Brazil has a rather paradoxical climate for Europeans. The wettest months are the hottest. Indeed, the local winter between June and September, is certainly cooler but especially drier than summer. It is characterized by high temperatures resulting in significant evaporation in this very green region, this can cause violent storms. It is therefore better to visit the region during the time of the summer holidays in Europe.

Rio de Janeiro, a city and a state you can visit all year round

The city of Rio is located in the tropical zone. Indeed, the Tropic of Capricorn is only a few degrees south of Rio. The climate is therefore humid with hot and dry seasons in summer, and heavy rain, cold and wet in the winter (from June to August). There are some local differences due to the altitude such as in Petrópolis where the temperature is cooler. The average annual temperature is 24°C and the rainfall is about 1,200mm per year.

The city of Rio is located in the southern hemisphere. The summer season lasts from December to March and is wetter than the winter season, which lasts from June to September. In winter short cold snaps from the Antarctica can lower the temperature to around 15°C for a few days, so be careful not to forget  to pack warm clothing for the evenings.

Iguaçu, a place to discover during the “tropical winter”

A subtropical climate, with two distinct seasons: one hot and humid in the summer (from September to May) and another, dry and cool, in the winter (from June to August). The annual temperature of the city is 23.8 ° C, but can reach up to 40 ° C during the summer and down to -5 ° C in winter! The average temperature in summer is 26.5 ° C and in winter 15.4 ° C.

Beware of any possible cold spells, and plan to bring some warm clothes. In general, the city is sunny all year round but it can rain in the spring and summer. Short thunderstorms are quite common.

It should be noted that some hotels also have an intermediate season or even other classifications: for example high season and super high season. In recent years, with the success of Kite Surfing, more and more hotels in the seaside resorts of Ceará and other parts of the Northeast extend the high season until November.

It should be noted that in low season, it is of course easier to find rooms and the hotels are quieter. It may be interesting to travel at this time of the year if you are looking for a more relaxing holiday.

It is important to note the famous bank holidays in Brazil where prices can become astronomical (4 to 5 times normal prices), especially for New Year’s Eve, carnival and Easter which are the most popular. Add this to the fact that most places only accept a minimum stay of several days during these periods, usually between 3 and 5 nights minimum.

If you still want to travel during these times of the year, it is strongly recommended that you book well in advance.

Apart from the periods mentioned, there are still six other dates, that move slightly from one year to another and which are also holidays. These are Tiradentes on April 21, May 1, Corpus Christi in late May / early June, Independence Day on September 7, Nossa Senhora Aparecida on October 12, Finados on November 2, the Proclamation of the Republic on November 15.

In general, with the growing success of Brazil’s tourist destinations and a still relatively limited supply of quality establishments in many regions, the sooner you book, the more likely you are to have an excellent trip. As it gets closer to  around three months before your trip, it gets more complicated to find what you want. 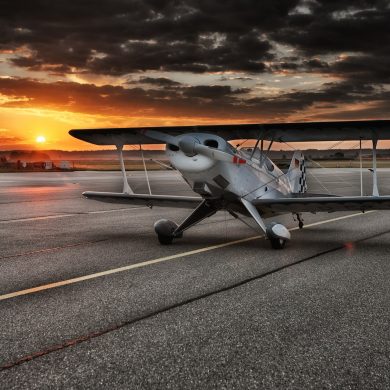 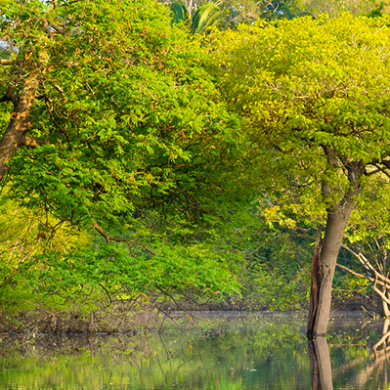 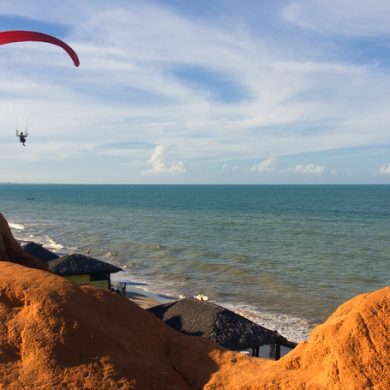 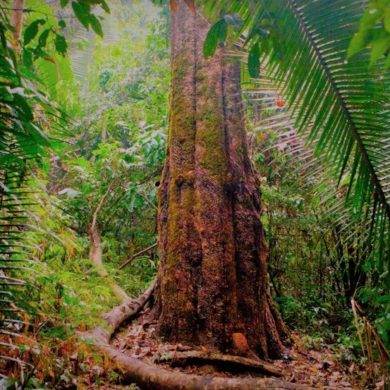 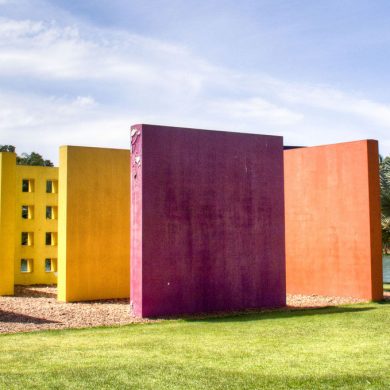 YOU ARE HERE: Home • Information • When to go?
Contact us
Menu